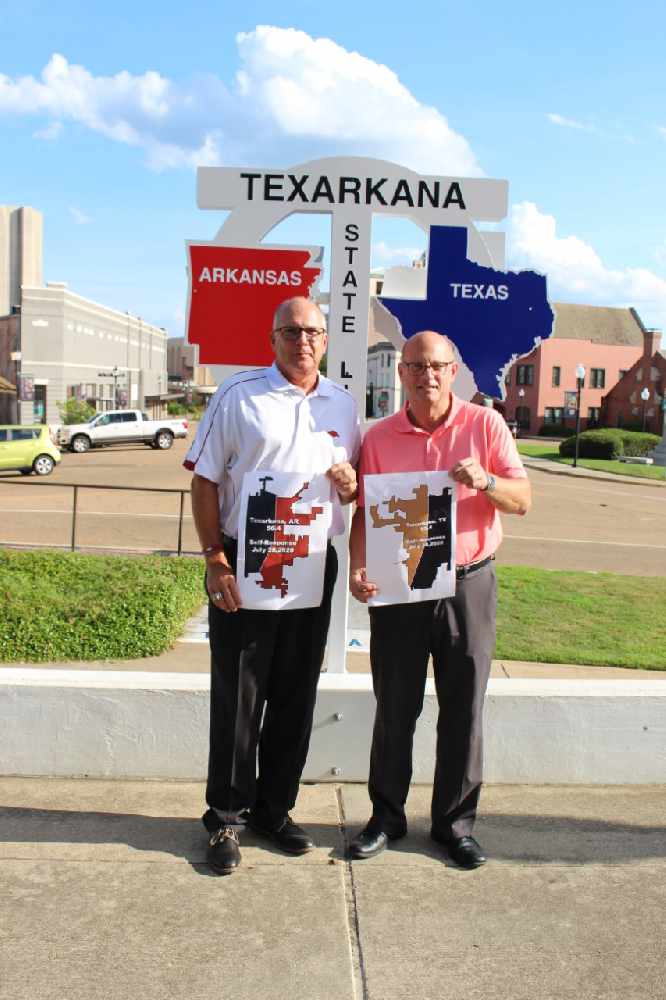 TEXARKANA- On Tuesday, July 28, Texarkana Mayor, Bob Bruggeman and Texarkana, Arkansas Mayor, Allen Brown met at the state line in front of the Federal courthouse to announce a friendly challenge to see which part of the twin city will get the higher percentage of participation in the 2020 Census over the next month.

Both Mayors will have a team that consists of members from the joint census committee. Not only will the winner own bragging rights, but will also enjoy watching the losing Mayor wear the winning state’s apparel for one week following the announcement of the winner.

Let us have some fun, while making a difference in our community.

The U.S. Constitution mandates that a census be conducted every 10 years. Census data is used to determine the number of seats each state holds in the U.S. House of Representatives and informs how state, local, and federal lawmakers will allocate billions of dollars in federal funds to local communities.

Let’s make an impact by making sure everyone gets counted so our community can have the resources it needs.

Completing the census is easier than ever. For the first time households have been encouraged to respond electronically. Visit my2020census.gov to fill out the form online.

For help responding to the census, customer service representatives are available every day.