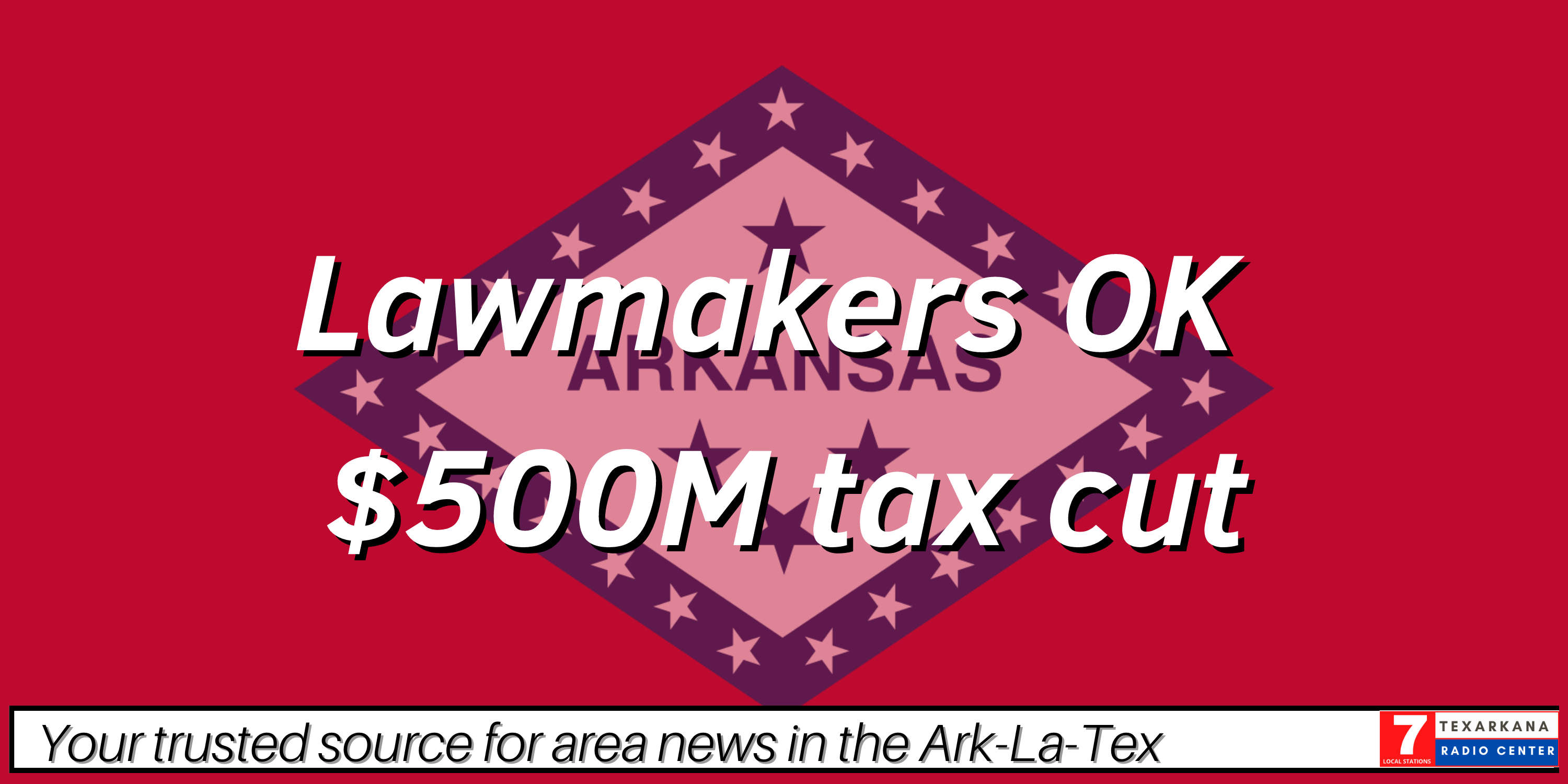 Arkansas lawmakers on Wednesday approved a $500 million tax cut package over objections from Democrats who questioned its potential impact on the state’s COVID-19 funds and called for action on teacher raises.

From the Associated Press

The majority-Republican House and Senate approved identical bills outlining the cuts proposed by GOP Gov. Asa Hutchinson after the state’s surplus reached $1.6 billion. Final votes are expected on the cuts before the Legislature adjourns its special session Thursday.

“I am grateful for the overwhelming support of the General Assembly, and it could not come at a better time with the continued challenge of high food and gas prices,” Hutchinson said in a statement.

The package includes speeding up when cuts in the state’s top individual and corporate tax rates that lawmakers approved last year take effect. It also includes a nonrefundable $150 tax credit for individuals making up to $87,000 a year.

The top Democrat in the Senate questioned whether the state would be forced to repay millions in coronavirus relief funds under a federal rule prohibiting states from using that money to offset tax cuts. That rule has been permanently blocked by a federal judge, but the case is on appeal.

“We’re pushing all our chips into the middle of the table and making a big, big bet that we’re not going to have to repay that,” Senate Minority Leader Keith Ingram said.

State finance officials and Republican leaders have said the state faces little risk of that happening because the cuts aren’t being funded directly or indirectly by the relief money. Republican Sen. Jonathan Dismang said high inflation is what has helped the state build up its record surplus.

“That is driving up our revenues and it’s hurting our people back home and we should return some of it back to the taxpayers,” Dismang said.

Democrats have complained about the session’s agenda not including a plan to increase pay for teachers. Hutchinson earlier this year proposed raising teacher salaries but decided against putting it on the session agenda because of a lack of support in the Legislature.

Republican leaders have said the special session isn’t the right time to take up raises since the Legislature hasn’t completed its annual review of school funding. That review will include a look at teacher salaries.

House and Senate Democrats said they’ll seek Thursday to extend the session to take up the raises and other issues, including adding rape and incest exceptions to the state’s abortion ban. But that would require two-thirds support in the House and Senate, and legislative leaders have said they don’t believe there’s enough support for such a move.

The Senate also approved setting aside $50 million for a school safety grant program that Hutchinson proposed after the Uvalde, Texas school shooting that killed 19 students and two teachers. That measure heads to the House.