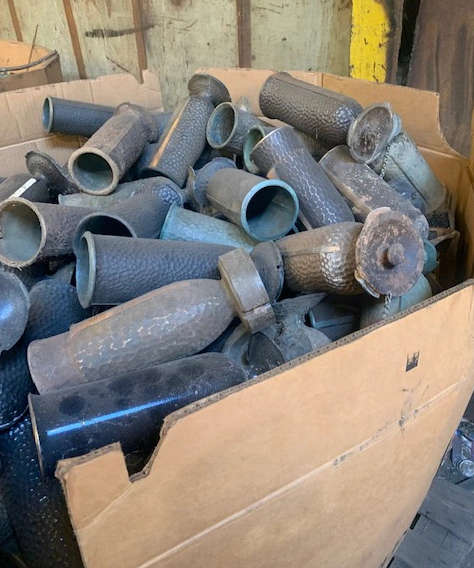 Detectives have arrested a Bossier City couple after an investigation into grave desecrations in Haughton, Louisiana.

The month-long investigation led to the arrest of 38-year-old David Taylor and 33-year-old Kimberly Percival, who allegedly stole more than 100 vases from graves at the Hill Crest Cemetery.

Police allege that, during the investigation, they found that Taylor had sold a large amount of brass to a recycling center in Shreveport.  Percival is alleged to have delivered the items in a vehicle with Nevada plates.  The vehicle was caught on camera at the cemetery on several occasions, according to authorities.

The couple was arrested Wednesday and is charged with seven counts of simple burglary or immovable structures and 102 counts of grave desecration.  Percival is being held on a $150,000 bond.

Taylor faces charges including failure to appear and failure to notify law enforcement of change of address as a sex offender.  He is being held on a $266,000 bond.  Both have been booked into the Bossier Maximum-Security Facility.

Police are asking anyone who may have had a brass vase stolen from a loved one’s grave to call the Criminal Division at (318)-965-3418.