A man is facing 51 felony counts of invasive visual recording in Bowie County. 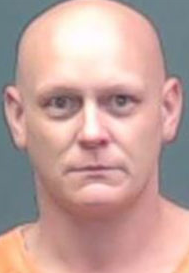 37-year-old Jarrod Dee was originally convicted of secretly recording a Cass County resident in 2017, but was recently arrested when a friend’s wife found a digital recording device attached under their bathroom cabinet in December of 2021.

Dee was living in a trailer on the couple’s property and had allegedly attached the device without their knowledge.  Police recovered images from the device’s SD card that showed the couple’s 11-year-old daughter as she undressed and showered.

Dee’s sister later contacted the wife after his arrest, alleging that items he had left in her care contained printed photos of the girl, the mother, and another daughter whose age is unknown.

Dee was indicted in March on one count, but a grand jury last week added six more indictments listing a total of 50 additional counts of invasive recording.  Each count carries between six months and two years in jail.

Prosecutors may seek to enhance the maximum range because of Dee’s previous conviction.