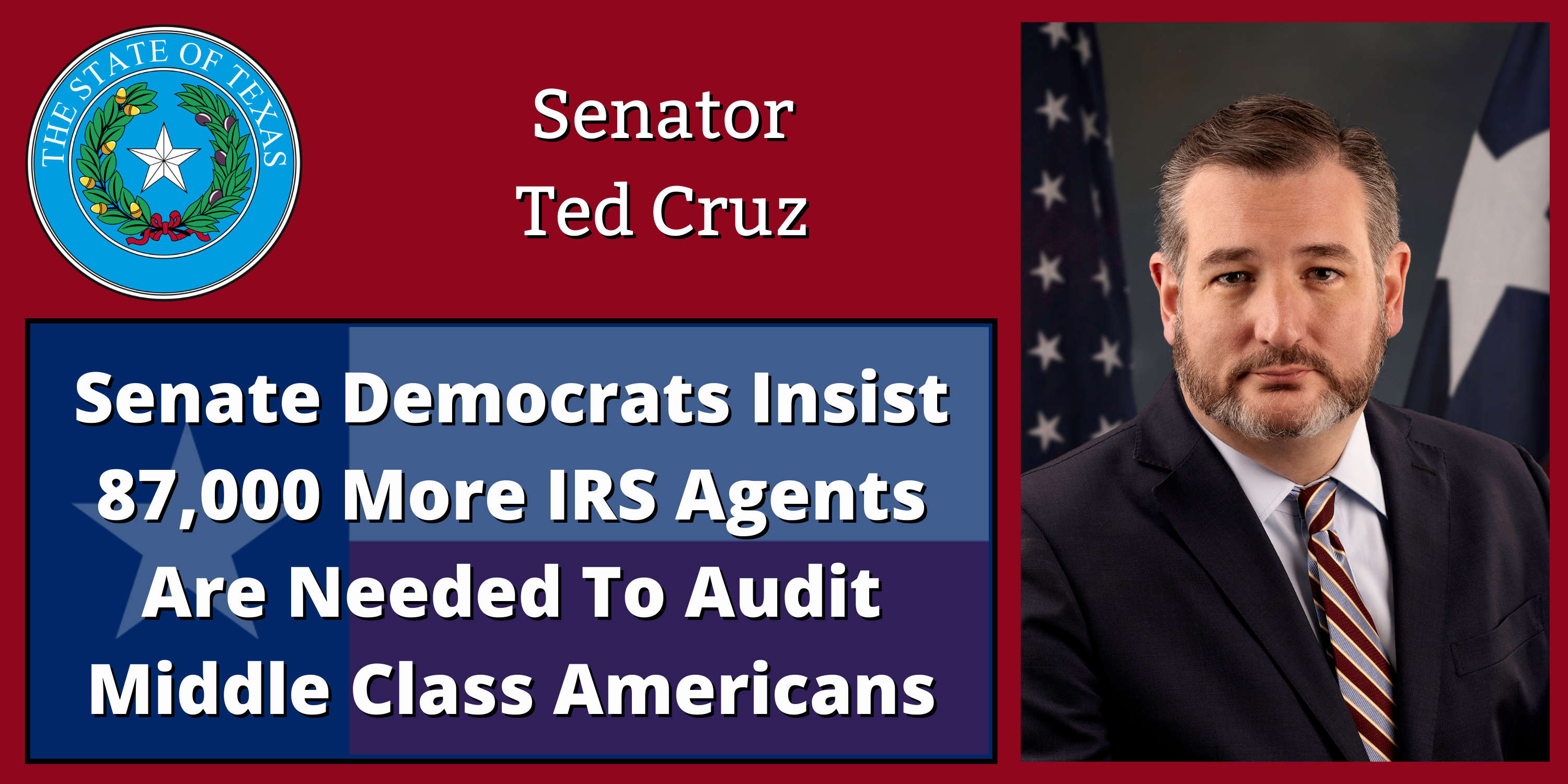 Sen. Cruz’s amendment would remove funding for a new army of IRS agents who will surveil innocent Americans and small businesses with 1.2 million additional audits, half of which will target Americans making less than $75,000 a year.

“There are a lot of bad things in this bill. But few are worse than the proposal by Democrats in this bill to double the size of the IRS and create 87,000 new IRS agents. I guarantee you citizens in every one of our states, if you ask them, what do they want, they don't want 87,000 new IRS agents. And they’re not being created to audit billionaires or giant corporations. They’re being created to audit you. The House Ways and Means Committee, the minority, has put out an estimate that under this bill, there will be 1.2 million new audits per year, with over 700,000 of those new audits falling on taxpayers making $75,000 or less. I believe personally we should abolish the IRS. But at a minimum, we shouldn’t make the IRS larger than the Pentagon, the State Department, the FBI and the Border Patrol all combined. That's what the Democrats are proposing here. It is a terrible idea. If you don’t want 87,000 new IRS agents, vote yes.”