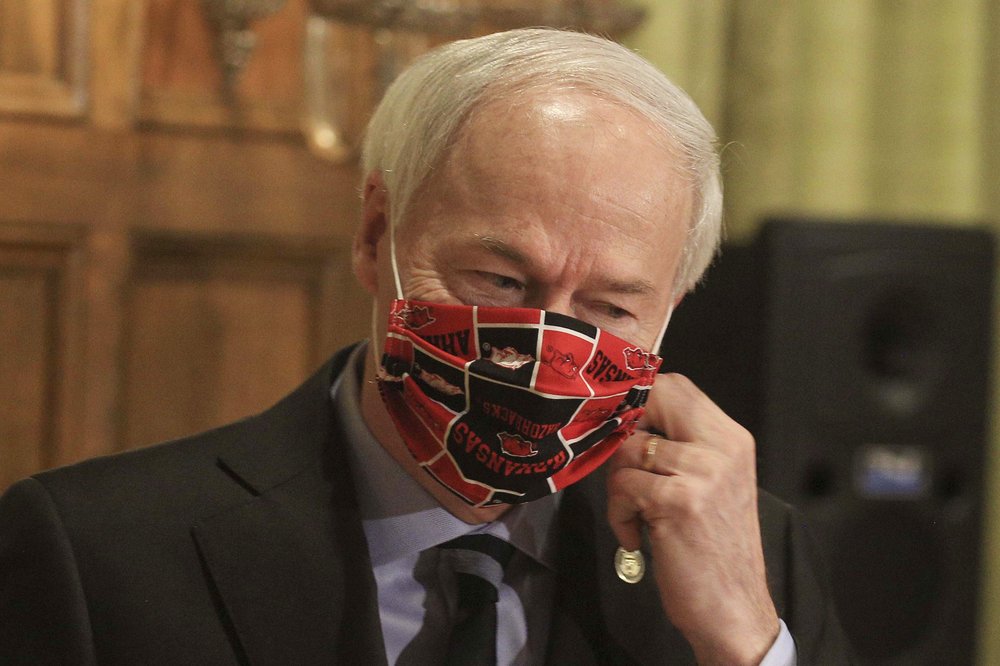 Arkansas’ top health official and a White House task force is warning the state is on the verge of a rapid rise in coronavirus cases, while Gov. Asa Hutchinson rejected the panel’s call to significantly scale back restaurants’ indoor capacity in most of the state.

An outbreak among state lawmakers also continued to grow to 12, with a state representative testing positive for the virus.

“This is like a boulder rolling down a hill. There will come a time where we cannot stop it,” Romero said. “It will continue to escalate and will eventually overwhelm our health care facilities.”

Romero’s comments echoed a report from the White House Coronavirus Task Force, which said the state “is on the precipice of a rapid, accelerating increase in cases which will be followed with new hospital admissions.”

The task force recommended restaurants limit indoor capacity to less than 25% in the 52 counties classified as “red” or “orange,” calling it an effective practice. The panel’s report, released Tuesday by the state, also recommends limiting bar hours in those counties until the rate of new cases and test positivity decreases. “We share the strong concern of Arkansas leaders that the current situation is worsening and that there is a limited time window to limit further cases and avoid increases in hospitalizations and deaths,” the panel’s report said. “The Governor’s active measures are commended.”

Hutchinson has resisted calls to place more restrictions on businesses, rejected the capacity limit and said it would effectively put many restaurants out of business.

Arkansas was among a handful of states that never issued a stay-at-home order during the pandemic, though the state has had other restrictions in place including a mask mandate.

The actual number of cases in Arkansas is likely higher because many people have not been tested and people can carry the virus but not feel sick.

A House spokeswoman said Rep. Cindy Crawford tested positive for the virus, the 12th lawmaker to contract the virus over the past month. The only Arkansas legislators known to have contracted the virus before the latest outbreak were three who caught it in the spring and a fourth who caught it in July.

Hutchinson warned that another 1,000 people in the state would die from COVID-19 by Christmas if the state continued its current pace. He called that prediction a “cloud” hanging over the holiday season that should inspire people to wear masks and follow social distancing guidelines.

Hutchinson met Monday with a task force he formed to address the surge in virus cases and hospitalizations and said he expected recommendations from the panel on staffing shortages and statewide coordination of hospital bed space. The governor said he also expected the panel to weigh in on ways to slow the virus’s spread in the community, though he has said he didn’t expect it to call for widespread closure of businesses.

About 26% of the state’s 9,144 hospital beds and 7% of its 1,103 intensive care unit beds are available, according to the Department of Health. There are 350 COVID-19 patients in ICUs around the state.